Do’s and Don’ts When Beginning With Divorce Mediation

While every couple going through a divorce presents a different personality profile and every case has different factual and legal issues, there are some “do’s and don’ts” that have helped many couples experience the best possible outcome in terms of fairness and reasonableness through divorce mediation. Here is a list that would be helpful to most couples.

1. Don’t Try to Decide Ahead of Time Who Gets What


I strongly encourage you to avoid trying to decide which items you want and which ones you will let your soon-to-be ex-spouse have. This is especially true for one-of-a-kind items like original paintings or portraits of the children. The friction is frequently nothing less than amazing when one spouse knows ahead of time which items the other spouse covets and it is best to avoid even thinking about it ahead of time.

2. Do Make a Simple List of Major Household Items


Compile a simple list of all major household items. Do not try to divide them and do not bother trying to assign values (with the exception of one category of items explained below). Remain open to a fair and reasonable resolution and trust the mediation process.

Most couples know that when they separate they are going to need to divide up their physical personal property. Some try to organize this between themselves and come in with a finalized list of who gets what. The problem with this approach is that it tends to lock parties in to the idea of what they are going to get before they have had a chance to really understand all the issues involved in their case.

There might be important tradeoffs which the couple could have easily made if they came in with an open slate rather then what they mistakenly thought was a done deal. This initial inflexibility can create unneeded conflict as the mediation progresses and can easily be avoided

Bring three copies of the list: one for yourself, one for the mediator and one for your soon to be ex-spouse.

3. Do Bring an Estimate of the Fair Market Value of the Family’s Cars, Motorcycles, RV’s and Boats


A list of the fair market value of items in this category is helpful. I suggest a range of values rather than a single estimate of value because as I noted above people tend to get locked into an idea before they start. It often ends up creating a big squabble over an item of minimal consequence in the overall picture of their divorce asset division.

In addition, if there are loans against these vehicles, then identify the current loan balance and who is on the loan. While the valuations and loan info 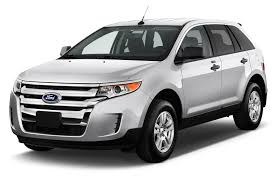 are usually helpful in reaching a fair settlement, I’ve noticed that, in general, whoever is getting the valuation numbers together is likely to have an unconscious bias.

This is natural and the best way to avoid it is to not attempt to pre-determine the outcome of the property division.

I recently had a case where the couple owned a dirt bike and the wife came in with a very high estimate of its value. It seemed as if her soon-to-be ex-husband had purchased it without getting her consent and she knew he was going to be “stuck with it” in their divorce. As it turned out, in the mediation she acknowledged that she had agreed to the purchase before it had been purchased it so their kids could use it. She had forgotten that detail and it changed the value proposition.


If the couple has valuable art pieces, or even art that is not particularly valuable but has some sentimental meaning, it is best to compile a list of these items.


If a couple owns real estate and the only choice as they divorce is to sell the home and divide the proceeds then the following data is easily organized ahead of time and it is worthwhile to do so. The mediator  may or may not help you to reach any decisions in the first session, but it is very likely there will be a discussion on real estate owned and likely to be sold on the open market.

List the property owned along with the current mortgage balance (and who is on the loan).  Also itemize the monthly payment, the amount of the down payment and how the down payment was obtained. These may or may not be important details depending on how the case unfolds.

Also, make a separate list of repair or deferred maintenance items which you believe may need to be completed to obtain the highest sale price. 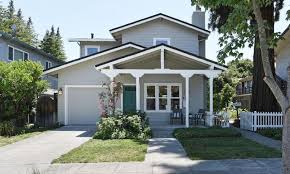 Present a range of possible fair market values. You do not need a formal appraisal. If there is any chance that the home is not going to be sold on the open market (in other words, that one party might buy out the interest of the other party) then the more reasonable the range of fair-market values is, the better the whole case will go.

The trust level is often already low between many couples going through a divorce and if the party pulling together the numbers is perceived to inflate the values, then the low pre-existing trust dissipates dramatically.

6. Do Bring Specifics Regarding Apartment or Home/Condo Leases


If the couple has been renting and is obligated on a lease, (rather than month-to-month) then all the details need to be presented: monthly payments, arrearages (if any), security deposit, last month rent, term of lease remaining and who is actually liable under the lease.


The main category of unsecured debts are the credit card debts with an unpaid balance, tax arrearages, (or unfiled tax returns) and student loans.  List the amounts, the name of the person on the credit card or loan and any other pertinent details. Bring three copies.

8. Don’t Run Up Debt or Pay Down Balances in an Effort to “Game the System”


I mean no insult in bringing this up, but the practice is common enough that it bears mentioning. In preparation for the divorce mediation, do not run up any charges out of the norm thinking that your soon-to-be ex is going to pay half of the balance.

I once had a case where a woman put the doctor’s bill for breast implants on the couple’s joint credit card. At the time, the couple had separated but the divorce was not yet resolved. She thought that he would be required to pay half. As you can imagine, that did not go over well.

In a similar vein, do not try to pay down the credit cards in your name and only make minimum payments on the cards in your spouse’s name. These actions tend to backfire badly.

9. Do Gather Current Information Regarding Investments and Use Caution in Handling Them

When the investments are managed by a spouse there are two things I suggest. The first is to print out current statements as of either the date you 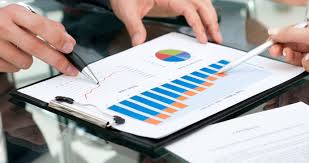 decide to end the marriage or the date your spouse tells you they want to end the marriage.  Then make a list of your assets. Make copies of both the list of assets and the brokerage statements and share with your soon-to-be ex-spouse for ease of verification of the numbers. Be sure to bring a copy of this list to the mediation.

The second suggestion is to suspend trading if at all feasible and if not then minimize transactions to the extent possible. I strongly suggest suspending any speculative moves. To the best of your ability, park your investments in a mutual fund or other managed portfolio or into an index fund if you just cannot stand to be out of the market.

As a corollary, if you are managing your family investment portfolio, do not make any moves which could be seen as negatively impacting your spouse.

I had a case where the husband managed their investments and he moved strongly into zero coupon bonds (bonds which did not pay a dividend until they were cashed in at the end of their term) when he found out about the end of their marriage. He was trying to anticipate that his spouse would argue for spousal support based on dividend earnings.

Do not under any circumstances buy precious metals or gems or move money out of the country once you find out about the likelihood of a divorce. These strategic moves always backfire.


The details of your various retirement accounts do not need to be organized prior to your first mediation session as they are rarely the most important topic on the agenda.

The laws regarding the division of retirement accounts are complicated and there are too many variables to cover here. In general however, depending on the circumstances in your case the following two data points may be pertinent:

a) The value at the date of separation and

b) if you were working prior to marriage, then the value at the time of marriage. If you have a defined benefit plan (mostly government employees) then just bring a recent statement.

11. Do Remember that Attitude Matters


If you approach divorce mediation as a way to fairly and reasonably resolve your legal status as husband and wife, then you have a better chance of finding a successful path toward resolution. If you are seeking to extract either justice or vengeance, then things often get more complicated. If you have a predetermined outcome of what you want, I suggest you hold it lightly and trust the process.

Sometime parties have unrealistic expectations at the onset of mediation which can come across as demands or trying to dictate terms; I encourage you to have an open mind.

Finally, trust your highest instincts. In the long run, if you do, it is more likely you will feel empowered by the process rather than diminished.


There is actually very little you need to do in preparation for divorce mediation, especially if you’ve chosen your mediator wisely. Most people want only the best divorce mediator here in Stockton, Modesto, or the Central Valley area.  You can help the process along by gathering and organizing basic financial data ahead of time as listed above.

Remember, though, to avoid trying to resolve your divorce at home prior to your first session.  There is a reason that irreconcilable differences are the most common legal grounds for divorce. Gather some basic information and then let the mediation process unfold.