Legal custody, physical custody and visitation embody very different concepts and parents need to clearly understand them in order to make good decisions in their divorce. This article will answer many of yours child custody mediation questions.

1. What is Legal Custody?

a) medical (choice of doctors, choice of treatment, matters related to elective surgery/medical procedures like orthodontics),

b) counseling (entering the children into psychotherapy and/or family counseling),

Hopefully, many of these significant child-rearing topics were discussed and agreed upon before marriage or before the children were born. However that does not mean that they never come up again either in a divorce or after separation. In fact, in some cases the conflict on these topics may contribute to the divorce in the first place.

Moreover, I can say that many other decisions concerning children are rarely discussed or firmly resolved between the couple prior to, or during, 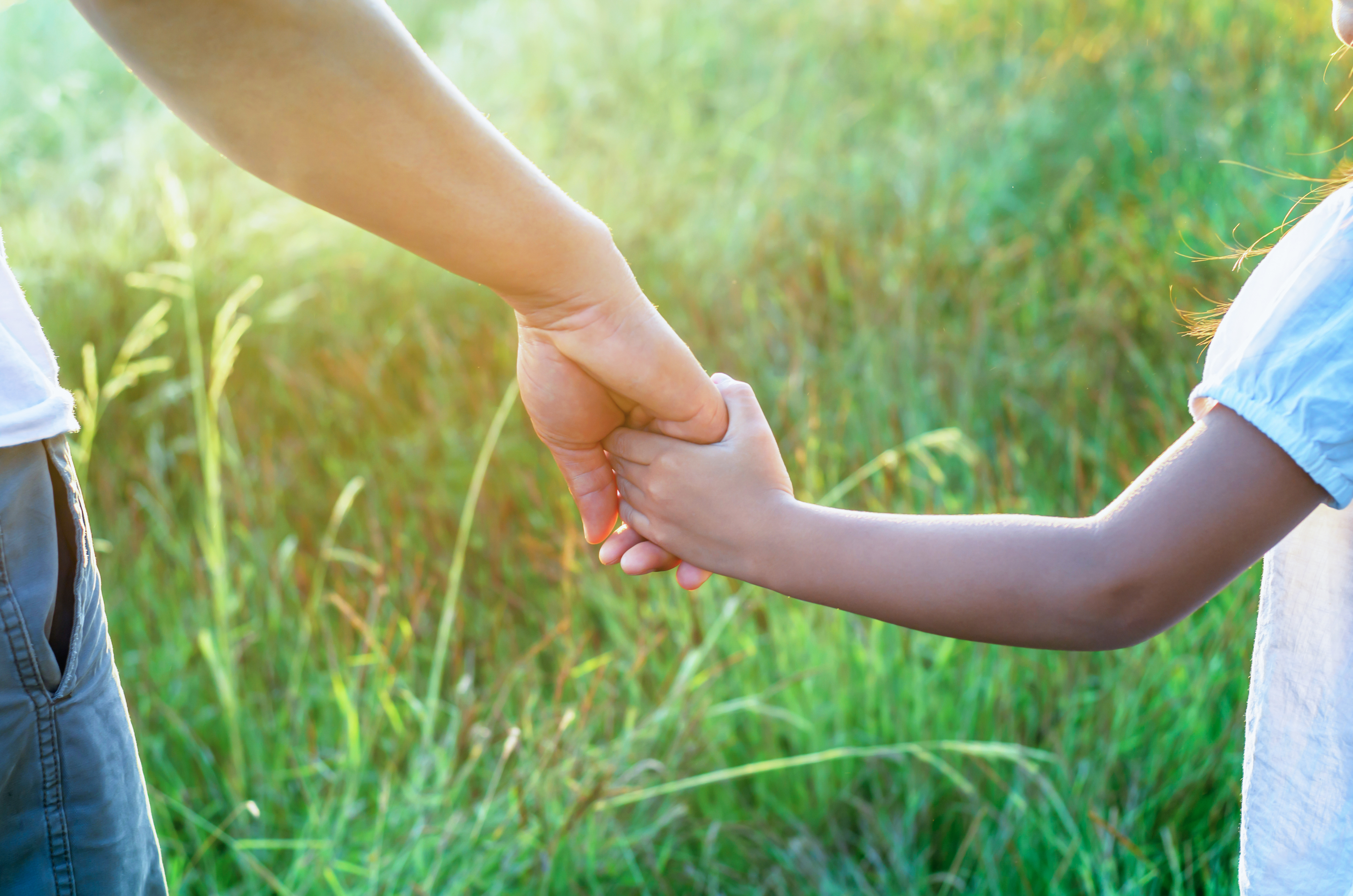 marriage. Many of these issues are simply abstractions for newlyweds that only need to be resolved when their children come of age or as circumstances require. I am sure that most newlywed couples believe that together they can face any problem which arises during their marriage.

However, the mere existence of the divorce can bring some concerns about child rearing to the forefront and once they surface they need to be resolved as part of their divorce mediation. Some examples which come immediately to mind are:

a) the wisdom in allowing the children to play certain after school sports,

b) incurring the cost to allow the children to engage in certain after school enrichment activities,

c) the determination as to what age the children are going to be allowed their own cell phone and/or video console,

d) the issues relating to the children obtaining a driver’s license or having their own car, (and who is going to pay for the child’s car insurance)

f) the age to permit dating,

g) subjects relating to body piercings and/or tattoos, and

h) concerns about children wearing makeup or coloring their hair.

Not every set of divorcing parents resolves all of these issues in mediation but some subset of these or similar questions frequently arise.

2. How is the question of legal custody handled in a divorce mediation?


Typically the paramount concerns for divorcing couples with minor children are the visitation and custody plans for the children and the accompanying child support payments. There is no doubt these are important topics; however, underpinning every aspect of a divorce involving minor children is the question of who gets legal custody.

To say that parenting issues and legal custody of children are thorny problems is an understatement. This is especially true for a couple who has found out after marriage and after having children that they also have “irreconcilable differences”.

The vast majority of divorcing couples resolve the whole question of legal custody in divorce mediation in one of two ways. Most kick the legal can of worms down the road and agree to joint legal custody under the wishful assumption that they can resolve their specific co-parenting problems (which will inevitably arise) by avoiding them for as long as possible. This often results in them facing their co-parenting problems in real time under the stress of having to make an immediate decision to avoid a disastrous flare up.

The alternative is the couple will agree on joint legal custody and then negotiate hard during their divorce mediation for clarity on those essential matters upon which they each have strong values and feelings.  Then they incorporate their agreement into the Marital Settlement Agreement. This may make their divorce process more difficult, but it makes long-range co-parenting more likely to be successful. The honesty and clarity which a professional facilitator can engender in these cases is frequently surprising to the couple with a practice of arguing and fighting (which led to a breakdown in their marriage due to irreconcilable differences).

3. What about adoption? Can that be addressed in divorce mediation?

If the non-custodial parent has joint legal custody then their consent is required for the adoption.

This issue typically comes up in a divorce context when one parent remarries and the newly married step-parent wants full legal authority over their step-child.

I do not see the adoption topic come up in initial divorce mediations, but it does come up in follow-up mediations. There are ramifications regarding the non-custodial parent’s obligations for child support that can come into play and so a mediated agreement is often preferable than going to Court.

4. Does it matter who has legal custody in a medical emergency concerning the children?


Generally, no matter how legal custody is formally held, in an actual medical emergency, there are special rules allowing either parent to make decisions for their minor children under their care.

5. Does it matter which parent has legal decision-making authority when dealing with routine, non-emergency matters?


There are many routine parental decisions which do not require formal legal authority. They are generally shared by both parents, exercised whenever the children are under their care and supervision. Some examples might be whether to give children whole milk, skim milk or almond milk with their breakfast, (assuming no allergy or other medical issues), what type bike to get the children…a 5 speed or 10 speed bike, or whether to have the children attend to their homework before or after dinner and so on.

Kids and their parents understand there may be different rules in mom’s house compared to dad’s house. However, if one parent has sole legal custody there may be a limit to the latitude they are willing to extend to their co-parent. If one parent chronically allows the children to stay up later when at their house, or allows the children junk food and soft drinks when the other parent is more health conscious, or allows them to watch movies the other parent does not approve of, then trouble lies ahead.

6. What is the difference between primary physical custody and visitation?


The other major decision which must be made by divorcing couples with minor children is where their children will live and how much time they will spend with their non-custodial parent. The term “primary physical custody” refers to the household where the children spend the majority of their time. “Visitation” refers to the time spent under the noncustodial parent’s care.


First of all, the Court always has the power to modify visitation for minor children. However, if the parents have agreed privately on a visitation schedule, it is rare for the Court to overrule their decision.

Private mediation results in agreements to which the parties are much more likely to adhere. This has been shown in study after study. I think that when the parents get to talk and work things out, they tend to keep their arrangement; Child custody and visitation in mediation, however, when a Judge rules in the matter then one party or the other tends to be feeling victimized or annoyed at the decision and they sometimes only reluctantly comply. There is less goodwill between the parties when they have someone else rule for them. Comparatively, when the parents go through the typical give and take of negotiating a visitation schedule they often see the common ground with their co-parent as they sort out what they want, what they think is best for the kids and what their co-parent desires.

Finally, another benefit which frequently occurs in private mediation is that couples learn firsthand that they can work together and solve problems for the benefit of their children. This is invaluable because many couples argue in circles and rarely resolve matters without massive power struggles and mediation can show them another way of communicating.

8. Can parents negotiate a schedule for visitation that is tailored to their own needs?


Yes, generally the parents can create any visitation schedule they choose so long as the needs of the children are not neglected. Visitation can be:

b) over the weekend (Friday night after work until Monday before school), or

c) it can be for several days in a row (one week on and one week off).

9. Can we create travel restrictions for the children during visitation?


In an ordinary custody and visitation order issued by the Court there are not travel restrictions unless there has been a specific motion and hearing on that subject. In private mediation, some couples will negotiate specific limitations on travel. This concern typically arises in one of several common cases:

a) when as a couple they have traveled frequently and have younger children,

c) when one party was born, or has family, outside the USA.

If there is a mediated visitation agreement then the Court will almost inevitably accept the limits as negotiated by the parents and incorporate that into a custody order.


Legal custody, physical custody and visitation schedules are vital matters for parents with children who are no longer living together. The Court always maintains jurisdiction to resolve issues concerning minor children, but parents can also use private mediation to make their own decisions about where their children will live and how they will spend time with their parents.